Medium: What 10 years of Inclusive Filmmaking has Taught me 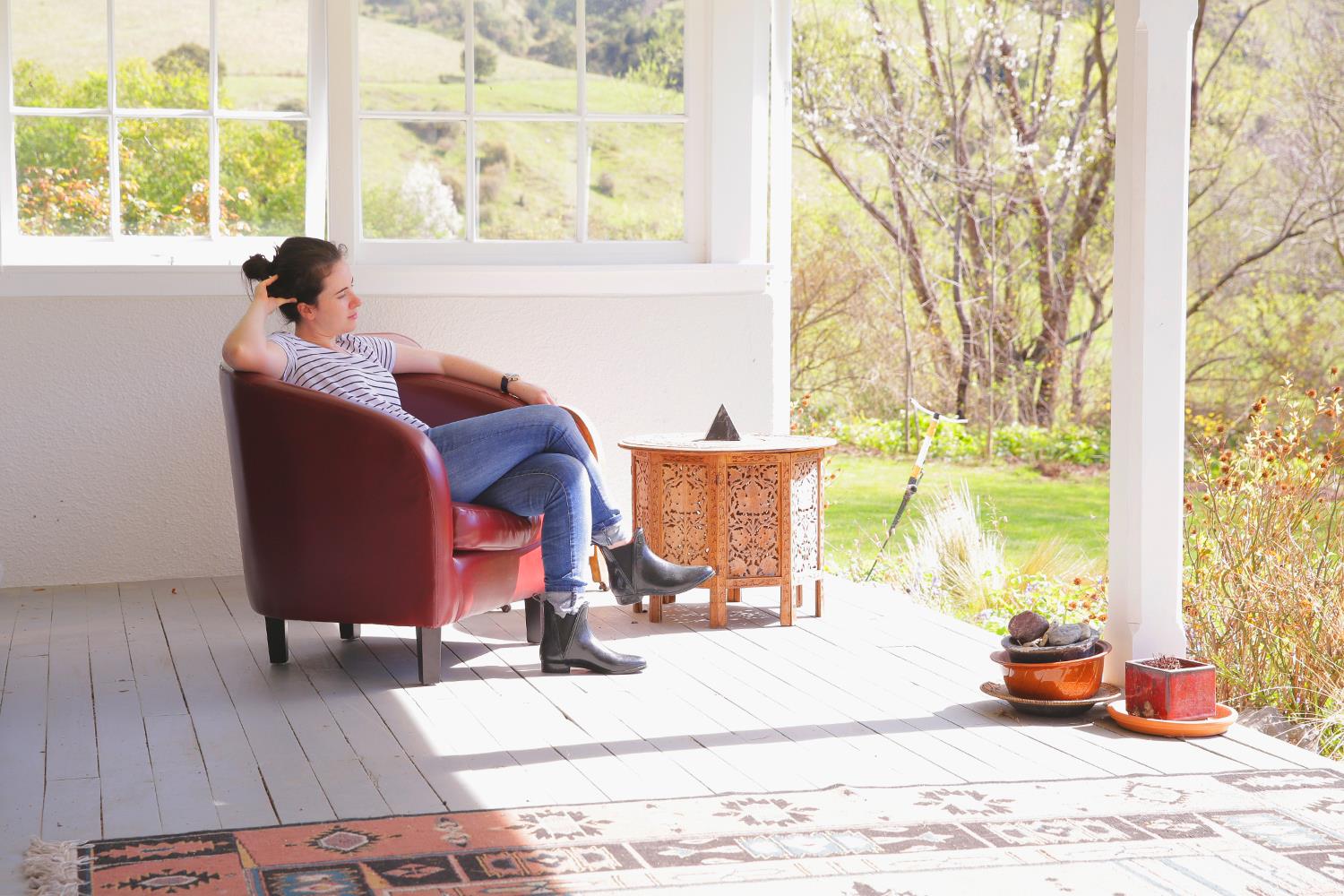 In 2007, at the age of 18, I learned that making a difference didn’t only look like giving money or travelling overseas to assist third world countries. Making a difference could look like helping someone learn how to make chicken schnitzel, helping someone learn how to catch the bus, or giving up a Saturday afternoon to teach an interested group of people, who happened to have Down Syndrome, how to use a camera.

I was a university student when I learned this, undertaking my first filmmaking job making a documentary for Down Syndrome NSW. I was documenting a 24-month program called the Up, Up and Away program, which was designed to help 15 participants with Down Syndrome establish a circle of support comprising of a group of people in their life; aunties, uncles, friends, the hair dresser up the road, the green grocer on the corner — with the goal of helping the participant achieve their dreams.

Dreams were varied; some people wanted to live independently, some wanted to form romantic relationships, one man wanted to get a job in the city and wear a suit and tie to work each day. I spent 18-months with six families and watched in amazement as people in the various circles of support generously did what they could with their connections, time and knowledge to help the participants achieve their dreams.

Independent living was achieved, romantic relationships flourished and the man who wanted a job in the city landed one at a large accounting firm.

I became inspired and — noticing that many of the participants took a keen interest in my camera — offered to do a few filmmaking workshops with them. This documentary became my first inclusive film. Little did I know it would certainly not be the last. 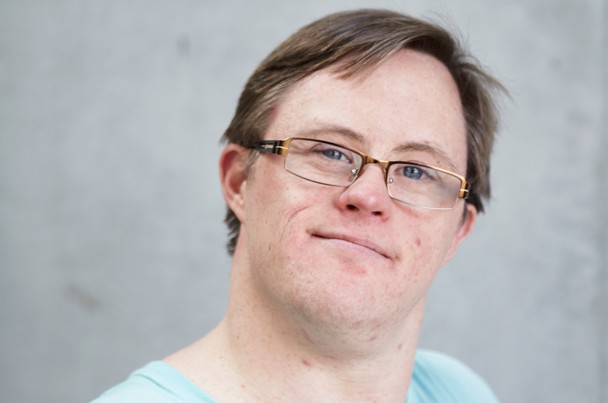 One participant, Gerard O’Dwyer, wanted to be an actor. This dream, however, came with complicated challenges; Gerard wanted to enter an industry that was notoriously exclusive and extremely limited in opportunities for people with a disability. To be honest there were no viable pathways for a person with an intellectual disability to gain a job in production. It was simply unheard of.

By 2008, I was in my final year of university, preparing to make my major film project. I decided to make a short film staring Gerard and cast him in the lead role.

I believed if I was going to make a film about a person with disability, it should be made with people with disabilities too. I wanted to put my newfound revelation of inclusion into practice by giving opportunities to people who otherwise might not have the chance to get involved in filmmaking. Ultimately, I wanted to make a film that through its process as well as through its product could be a force for good.

I put out a call through various networks, asking anyone who had a disability and wanted to be a part of a film shoot, to get in touch. Five people expressed their interest, so I held a two-hour filmmaking workshop in a friend’s living room the day before the shoot, to go through the roles they would fulfill and the onset protocol.

On the day of the shoot, these people who’d never been on a set before worked harmoniously with professional crew and contributed meaningfully to making the film. That film was Be My Brother and in 2009 it won Tropfest, and Gerard O’Dwyer won best actor.

It made me realise that making work inclusively was not only a good thing to do or the right thing to do, but the work could also be extremely successful in its own right.

Ten years later and I’ve continued the inclusive filmmaking process. Again and again, the inclusive work we produce at Taste Creative and Bus Stop Films is not only of high quality but is also successful.

In 2016, at Bus Stop Films we made Kill Off, a short film project made through our accessible film studies program over a period of 10 months. Sure, 11 students on set came with certain challenges; logistics, for instance, getting everyone to and from our set in Unanderra (2 hours south of Sydney), putting them up over night, stretching their capacity as we worked over two days nonstop. These things needed to be managed, but we did it. That film has so far screened at four Oscar qualifying film festivals, and recently it won First Prize for Direction at Rhode Island International Festival, a major Oscar qualifying film festival in the USA. Out of 6,237 submissions and 310 films in competition, our inclusively made short film cut through to be noticed for excellence in direction. Isn’t that remarkable?

Eleven students with an intellectual disability were mentored on the set of Kill Off by various professional crew members, four of whom I mentored in the role of director. 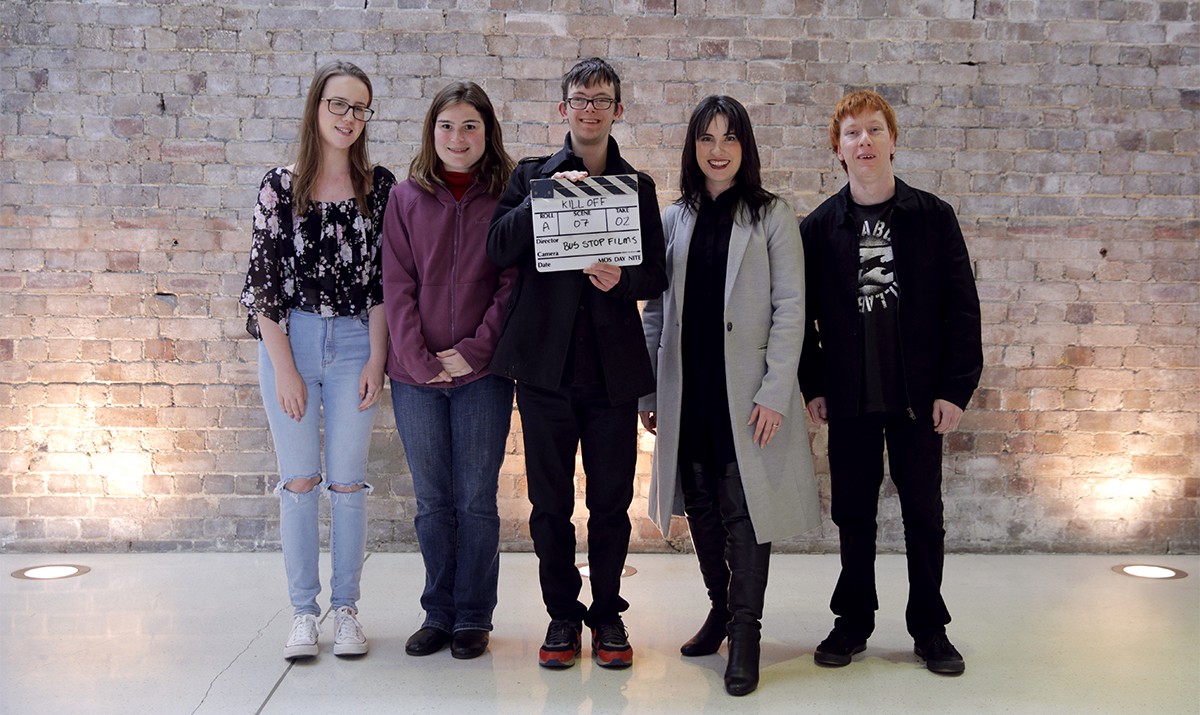 This week at Taste we produced a piece of branded content for AbilityLinks in partnership with the Art Gallery of NSW. It was a challenging 12-hour day, with lots to get through, but we made the project inclusively. The film is about a child helping his mother who is legally blind enjoy a piece of art in the gallery. Four Bus Stop students received work experience on set, but the impact went beyond them. 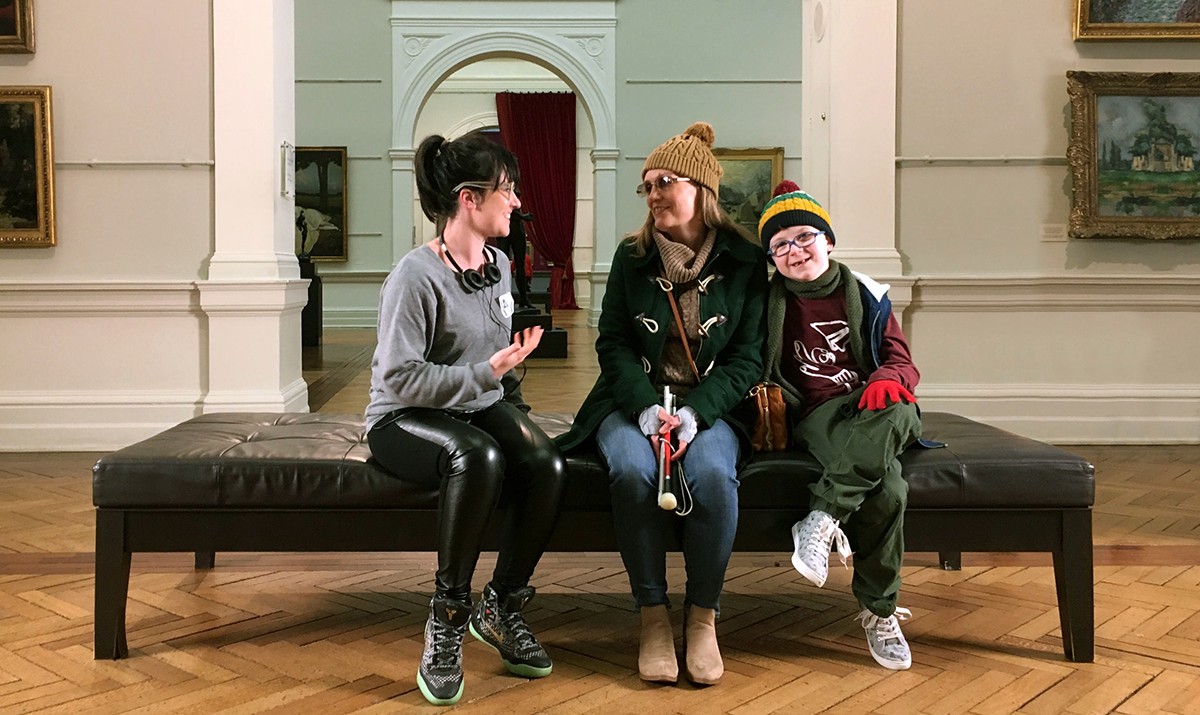 The lead actor in the film was an 8-year-old boy. We received a note from his mum saying that when she dropped him off at school the day after filming;

“He explained to his friends the message of inclusion in the film, that there were differently abled people working on set and in his words, ‘this also showed inclusion’ and how inclusion can be accommodated everywhere.”

The film, titled “Inclusion Makes the World More Vibrant” is set to be a beautiful piece of storytelling and will be launched at the Art Gallery of NSW in December. 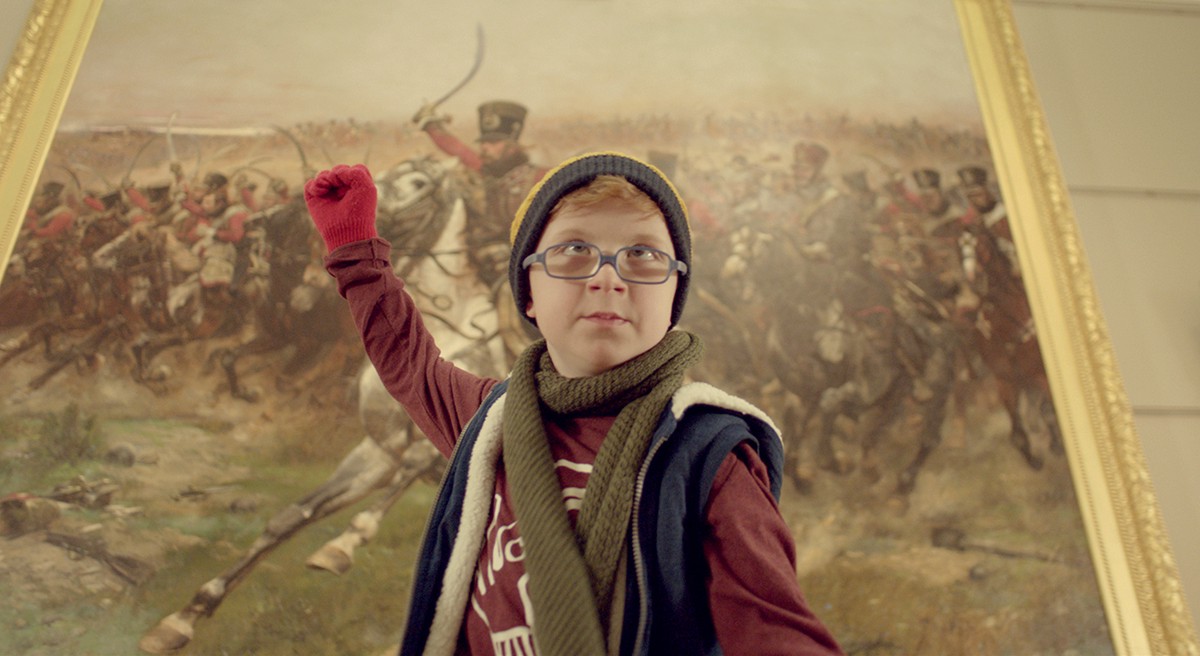 A still from the film, “Inclusion Makes the World More Vibrant”

In my opinion the most disabling forces in our society have nothing to do with disability and everything to do with stigmas, prejudice and presumptions. Our productions at Taste and Bus Stop do not get slowed down because we include people with intellectual disabilities, quality is not compromised, and it is not harder to make a film or produce work with people who have intellectual disabilities on set. In fact, our crews adore working on our films because they love to mentor and help others to learn and grow.

Yet these stigmas are entrenched in our society. Everyone should be mindful of them. When we presume what a person may or may not be capable of we risk robbing them of their opportunity to reach their full potential and be a part of the workforce and industries they might have a dream to be a part of.

My big takeaway in all of this is that making a difference doesn’t have to be hard.

All you have to do is be inclusive.