MTV: 9 young aussie filmmakers who are about to blow up

These writers, directors and producers are the Aussies who are making the film industry sit up and pay attention. We’ve teamed up with HP in their search to find the next generation of top Aussie filmmakers who bend the rules. Here we profile these nine young Australians with exceptional talent and just exactly how they’re about to hit the big time.

Julian Lucas
He is the 27-year-old writer/director who took out the 2014 Tropfest competition with his dark comedy, Granny Smith. The humble lad (who isn’t afraid of a bold party shirt) is now looking to Hollywood to take his talents to market and we have no doubt he’ll come up trumps.

Genevieve Clay-Smith
Not only is Genevieve making cerebral, meaningful short films like her 2009 Tropfest winning, Be My Brother, but she’s also breaking down barriers by co-founding a not-for-profit organisation, Bus Stop Films, that provides a creative outlet for marginalised members of the community. So with all of that in mind it’s not hard to understand why she won this year’s NSW Young Australian of the Year. 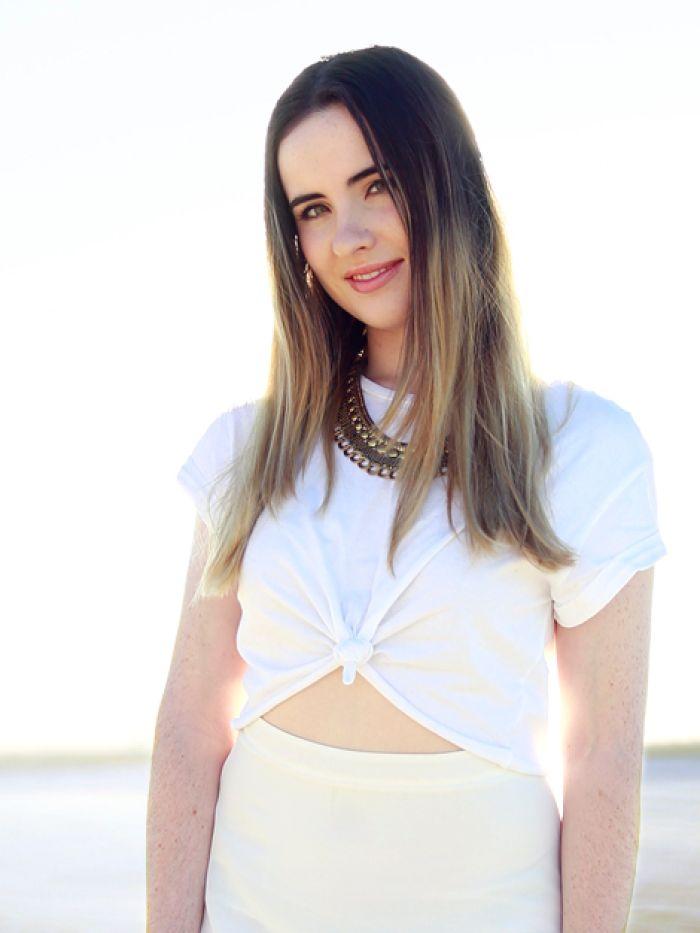 When you get invited to compete at Cannes, then you’re bound for great things. Originally a features writer for The Sydney Morning Herald and The Australian, this talented wordsmith has crossed over to film and will show his short ‘The Guests’ next month at Cannes. “I do believe that stories help us make sense of the world,” and with that we’ll be waiting with baited breathe to see what he produces next.

Vanessa Buckley & Kristina Brew
Born from a shared frustration with the lack of powerful and interesting roles available for women in film, actors Vanessa Buckley and Kristina Brew decided to pick up the pen and craft characters they’d be proud to play. Since then the writing duo have scripted ‘Fake It’, Australia’s answer to ‘Girls’, which takes an honest look at the highs and lows of Gen Y life in Sydney and we cannot wait to see it.

Ariel Kleiman
Melbournian, Ariel Kleiman premiered his film, Partisan, earlier this year at the prestigious Sundance Film festival which was met with a solid stamp of praise from audiences. Having worked as a producer for years the 29-year-old tried his hand at writing back in 2011 and has since had a fine list of stellar credits to his name not to mention receiving a slew of awards for his troubles.

Victoria Thaine
Originally an actress, Victoria Thaine decided to take up helm behind the camera and we’re really glad she did. Her short film ‘The Kingdom of Doug’ took out the top prize at Flickerfest last year which she both wrote and directed. Over the next year we will see her in a return to acting and fingers crossed another foray into filmmaking.

Craig Boreham
With a long tenure of short films on his CV, Craig Boreham, will debut his first feature film, ‘Teenage Kicks’, later this year. The hype surrounding his coming-of-age drama will no doubt be matched when audiences see the film starring Shari Sebbens, Miles Szanto and Charlotte Best.

Vanessa Gazy
Having wrapped up a Master of Screen Arts from AFTRS in 2014 and winning the Kenneth B. Myer Award for Exceptional Talent, Vanessa Gazy has hit the ground running with an Australian Director’s Guild nomination for her short film FOAL. She has received development funding through Screen ACT to develop a mini-series under the mentorship of Luke Davies this year, and is also developing a feature film.