Medium: How to Change the World through Advertising

Diversity in marketing: Not just smart for business, a way to change the world.

It might sound like a bold and idealistic statement, but when we represent diverse people in advertising campaigns and when we challenge gender roles, we’re having an impact on society.

Diversity marketing has been used by global brands to break into new markets for years with the tactic being particularly evident within the US where brands tailor campaigns to speak to diverse segments of the market.

Genevieve Clay-Smith has been at the forefront of developing the Bus Stop Films accessible film studies curriculum based on her five years of teaching film studies to people with an intellectual disability and getting incredible results.

The curriculum has been funded by the AMP Foundation, TFN and has been developed in partnership with the Australian Film Television and Radio School. It is the first of it’s kind.

We have a melting pot of diverse people living in our nation and when we fail to give people outside the constructed status quo a place in our media landscape, we say, “You’re invisible”. Furthermore when ads continually show men as characters in positions of power, gender stereotyping is reinforced in our culture.

Earlier this year I attended a Screen Australia seminar to hear from Geena Davis on gender equality in media. The Academy Award winner has been advocating for years with her foundation The Geena Davis Institute on Gender in Media; her strap line,

At the conference I was not surprised to hear that her research suggests when young, white males watch TV, their self esteem increases. But the more hours of TV a girl watches the fewer options she thinks she has in life.

Geena’s institute also found that since the release of Brave in 2012 and the Hunger Games in 2013, girls’ participation in archery has doubled. Needless to say the power of how we represent ourselves in the media, has a huge impact on the development of our identity and understanding of the world.

When people see themselves in the media, aka society’s mirror, it validates them. It affirms their identity and place in the world. Culturally and linguistically diverse (CALD), LGBTIQ, people with disability, Indigenous and other marginalised communities need to see themselves in the mirror along with everyone else. The rest of society needs to see these groups portrayed too; it shows everyone they are valued threads in the tapestry of our community. Girls need to see women portrayed as bosses and people in positions of power because, like Geena’s research shows, it has an impact on the development of their identity and what’s possible for their lives.

So how can we make marketing more diverse not only for the sake of business, but also to help cultivate a more inclusive world? I have three ideas that might help.

1. Be aware that you have unconscious bias.

No one is immune to unconscious bias. Everyone has it. Recently I was directing a piece of branded content for a company involved in architecture. When I visualised the all the characters in the piece, I imagined all of them to be male. Suddenly I realised that my unconscious bias had kicked in. Why did I imagine all the characters to be male? I rewrote the script to make the boss character female and we cast an awesome woman in her fifties to play the role; she was perfect. If I hadn’t been aware of my unconscious bias, I wouldn’t have questioned myself and made the decision to recast the boss as a woman.

I’ve become aware of the fact that the more representations of women in positions of power on our screens, the better. I urge everyone in marketing to be aware of the ratios of men and women represented in their advertising campaigns and to cast women in leadership positions. Lego Batman did it, writers just changed ‘he’ to ‘she’ when referring to an unknown boss and they made the Mayor character a lady. It was just part of the film and it wasn’t made into a big deal. Had the creators of Finding Nemo been aware of unconscious bias, perhaps they would have included more than one female character in the whole ocean… 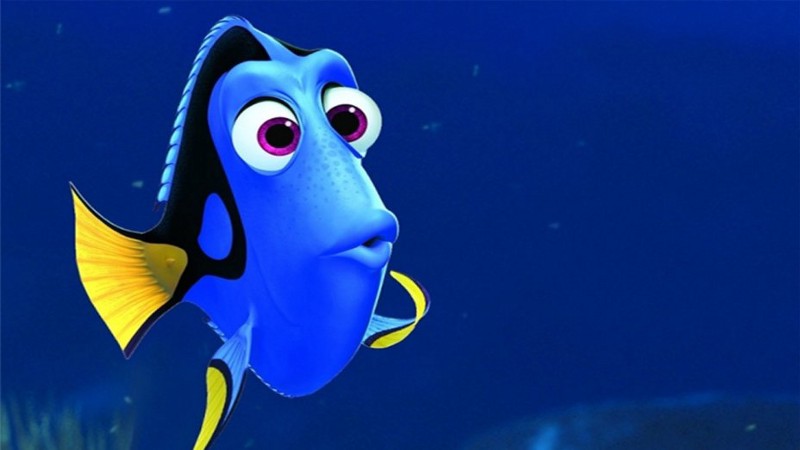 Get diverse people to audition for the roles in your ad and choose the best person for the job based on their talent not their looks, be in the mind frame of wanting to represent our diverse community and work with a casting agent to achieve this. The Never Lamb Alone ad for Meat and Livestock Australia is a great use of authentic and diverse casting, but wouldn’t it be great for us to get to a point where we simply see ads with diverse casts and crowds of people where diversity isn’t made a deal of?

This ad is didactic about the issue of diversity in media, which isn’t a bad thing; it worked for the time and gave social commentary on the current shift happening in society where we’re acknowledging the need to challenge our white washed media. But the goal should be to get to a point where we’re not underscoring diversity and putting it in caps, rather, we’re just doing it.

In terms of cultural diversity, Reebok has done a great job within its Become More Human campaign, it makes our humanity the thing that unites us and all the featured athletes just happen to be diverse.

Starting with Julius is a not-for-profit organisation dedicated to increasing the representation of people with disability in media, its strap-line and mission statement; “Recasting difference — for a world in which no one is excluded and everyone belongs” is a call to action for marketers to understand the power they wield when it comes to creating a cultural narrative of inclusion in their ads.

“Advertising should be bold and reflect the world in which we live. With one in five of us living with disability, having a disability is a natural part of the human experience and, like other forms of diversity, it should be represented, not excluded.”

3. Be genuine in understanding diversity and authentic in representations of diversity.

Having a genuine interest in understanding diversity, will ensure marketers and advertisers avoid being tokenistic and in some cases down right offensive. The recent and incredibly controversial Pepsi ad featuring Kendall Jenner is an example of this. Pepsi and the whole shebang behind it obviously had no genuine understanding of diversity and the communities at the centre of a variety of protests, which inspired the concept.

Pepsi was accused of being completely culturally insensitive by hijacking a number of protests dealing with social justice issues including the Black Lives Matter protests. It used a privileged, super-wealthy brand ambassador, Kendall Jenner, stepping off a photo shoot to solve social unrest with soda…

As Kendall hands a police officer a Pepsi can, a bunch of people from all different races and backgrounds jump up and down and cheer Kendall on — world peace achieved, tick!

Audiences saw right through it because there was no authenticity, no genuine understanding and apparently no diverse people in the decision making room. Ultimately, Pepsi used diversity to sell; it used the complex issues facing marginalised groups as a springboard for the ad and in doing so trivialised important demonstrations for equality. Everything about the ad was inauthentic and ultimately disrespectful.

Instead of using diversity, Pepsi could have aligned its brand with values with positive messages about diversity and universal human themes that transcend diversity. A good example of a brand doing this very recently, is Heineken’s Worlds Apart campaign which seeks to create genuine dialogue between different people.

The individuals in the ad simply tell their stories to someone with an opposing view. The piece becomes transcendent as we see people choosing to learn more about each other rather than judge each other.

The ad isn’t contrived like the Pepsi ad. It’s an authentic exploration of diversity because those in the film own their stories, diversity is showcased but not preached and the ultimate message that Heineken aligns it’s brand with is that ‘there is more that unites us than divides us’. This is a powerful universal theme that connects with people’s hearts. If you can capture the heart, you can capture the mind, make the world more inclusive and sell some beers while you’re at it.

Ultimately, we all know that media and advertising is powerful. Its ability to influence us is profound and because of this, it’s too powerful not to use for good. So if we can use it to help foster a more accepting and inclusive world… why don’t we?