B&T’s 30 under 30 awards are widely regarded as the leading showcase for the brightest young talent working across advertising. Out of 300 entries, 127 were shortlisted and the final 30 were announced at the
awards night which took place at the Ivy. Genevieve took out a place in B&T’s 30 under 30 winning a place in the Entrepreneurial category.

Genevieve was recognised for her business endeavours (Taste Creative and Bus Stop Films) as well as her leadership in the industry. Genevieve currently sits on the Arts and Culture advisory board committee for the state of NSW, she is an advocate for diversity and inclusion and has been involved in community work at a grassroots level for over ten years. 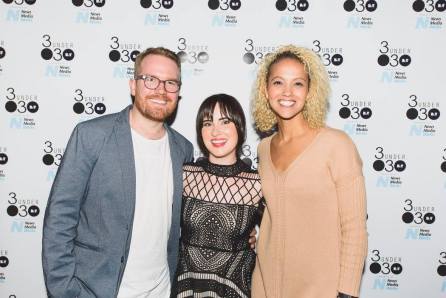