In their opinion, they weren’t in the business of saving lives or doing anything more meaningful other than giving people something to help them switch off to. But I actually believe that it’s not as black and white as that – I don’t believe that there are just “entertaining films” that act as mere brain candy, and just “social-change” films that try to change the world. And I don’t believe that audiences ever just “switch off.”

Storytelling is a tool that can help us to enforce, pass on, and ultimately re-shape culture. When we consume a story in any form, we consume messages. We consume messages about contemporary culture, messages about what is right and wrong, good and evil, messages about gender roles, equality and diversity, messages that either challenge or maintain the status quo. I don’t care what you watch – something’s always being said. The question is, are we aware of it? Are we truly conscious and awake to the power that we have when it comes to filmmaking? Do we fully understand the impact that our stories can have on people’s lives? 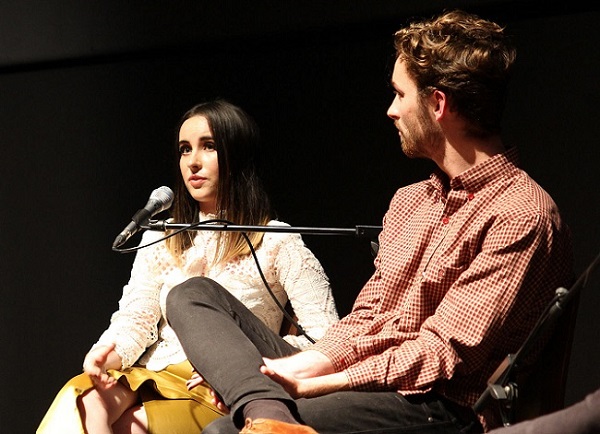 No matter what the genre or content might be, films provide audiences with messages about the way that the world is, and we need to ask questions. Do these messages enforce or challenge negative stereotypes? Do they enforce or challenge gender roles? Through what lens are we about to view the world as we watch a film? And are our opinions going to be strengthened, challenged or re-shaped as we watch a story unfold? Maybe we need to be aware of this.

We often think that social change films come in the form of documentaries. Through documentaries, we gain access to the lives of real people involved in real issues – we might become outraged and moved enough by a documentary to perhaps act on something or think differently. When I first watched McLibel, I avoided McDonalds for 12 months. The thing is, we can’t discount the power that narrative fiction films have either; they can be just as powerful and effective too, but in more covert ways. Look at the television series, Modern Family, and the relationship between Cam and Mitchell. This relationship is telling the mainstream world something: it’s saying that gay people can have loving families. Cam and Mitchell’s relationship challenges prejudice and presumptions about sexuality, gender, and what our status quo is when it comes to the family unit.

By authentically casting the role of Walter Junior in Breaking Bad with RJ Mitte, an actor with Cerebral Palsy, the creators, whether they know it or not, are saying to the world that people with disabilities are capable of being great actors. They are giving visibility to the talent of people with disabilities, and thus challenging society’s low expectations of those in our community with a disability.

The current push for gender equality in cinema comes from us understanding that if we keep telling the same story, we will keep living the same story. We have been outraged by the fact that only 30.8 % of roles in the world’s top 500 films are female characters, and that female characters have less dialogue in films and are more likely to be featured in sexually revealing clothes. There has been anger over younger women always being paired with older men in films, and the Bechdel movie test furthermore points to uneasy truths that less than half of the world’s films feature two female characters who talk to each other about something other than a man.

We see our way of life on display within our cinematic stories. Misrepresenting or not representing minorities and women in our film and television stories, in my opinion, doesn’t help us in the journey towards equality. If we have groups of people missing from our cinematic landscape, what are the consequences of this? Does the status quo simply go unquestioned? There is no doubt in my mind that we can improve human rights through the stories that we tell. We can be conduits of change, and we can redefine and reshape culture through our film industry. Let’s all be aware of how powerful stories are, and let’s use this power to create a better world.

A prolific short filmmaker and past Tropfest winner, Genevieve Clay-Smith is also the co-founder and executive director of Bus Stop Films, which is dedicated to building a sustainable social enterprise that provides education, training, and mentorship opportunities for people from diverse and marginalised communities, so that they can learn about and be involved in the film industry. Genevieve Clay-Smith’s short film, Workmate, will screen as part of The Human Rights Arts And Film Festival’s Australian shorts programme on Friday 6 May 8.30pm at The Australian Centre For The Moving Image, Melbourne. For more information on the programme, head to HRAFF’s website. The Human Rights Arts And Film Festival runs from May 5 through to June 8 across Australia. For all programming, venue, ticket, and session information, head to the festival’s website. For more on Genevieve Clay-Smith, head to the filmmaker’s website.