The Australian debut tells the evocative tale of an artist with Down syndrome who breaks cultural barriers to captures people’s hearts.

Bus Stop Films and Taste Creative are proud to bring home the Australian premiere of Shakespeare in Tokyo – a short film that follows an artist and Shakespeare fan with Down syndrome on his solo adventure through Japan’s bustling capital. The film was screened for the first time in Australia at Event Cinemas on George Street, Sydney. At the heart of this sensory film’s theme is the belief that “there is more that unites us than divides us”. 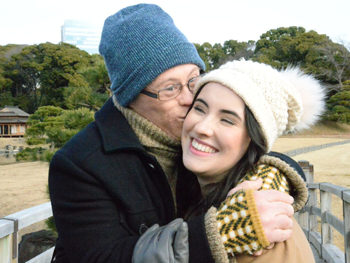 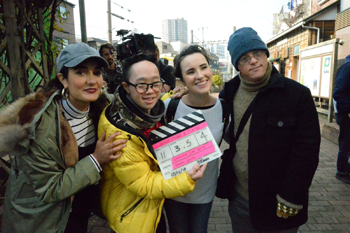 Written and directed by filmmaker Genevieve Clay-Smith, and funded by the Tokyo Metropolitan Government, the 20-minute film follows Ben (Gerard O’Dwyer), who travels to Tokyo for his brother’s (Patrick Brammall) business trip. Frustrated by his brother’s lack of confidence in him, Ben runs off to explore Tokyo independently. Armed with his uncanny knowledge of Shakespeare, improvisational illustration skills and talented humour, he captures people’s hearts.

Genevieve Clay-Smith, Co-Founder and CEO of Bus Stop Films, said: “It was wonderful to see one of our filmmaking workshops translate to our Japanese participants with Down syndrome so they could meaningfully contribute as crewmembers on set. Having the crew, producers and actors see the success of the workshop shows first hand that being inclusive isn’t hard. I believe if we can do it in the film industry, we can do it anywhere. I am thrilled to have worked with the Tokyo Metropolitan Government to make a film that showcases true human potential, telling the world that everyone is equal and able.”

The debut screening was followed by a Q&A moderated by Film Critic Luke Buckmaster, featuring Genevieve Clay-Smith, Gerard O’Dwyer, Nathan Gooley – an artist with and Down syndrome whose artwork is featured in the film. In addition, Bus Stop Films was honoured to be joined by its Vice Regal Patron, His Excellency General The Honourable David Hurley AC DSC (Ret’d) Governor of New South Wales.

Shakespeare in Tokyo was produced by Taste Creative in partnership with Bus Stop Films for the Tokyo Metropolitan Government, and included the first ever inclusive filmmaking workshop with the Down syndrome Association of Japan.

As the 2020 Tokyo Olympic and Paralympic Games approach, Japan has pledged to become a more inclusive society. Mayumi Mitogawa, a board member of the Japan Down syndrome Society, who was involved in the project said, “Although we cannot make direct comparisons, Japan is still behind other countries (in being inclusive), so we hope the film will serve as a catalyst to bring about change,” adding that introducing Australian culture to Japan through O’Dwyer’s character also offers an enlightening experience.

Genevieve Clay-Smith shares: “The opportunity to create the film was won commercially as a result of pitching the concept to the Tokyo Metropolitan Government. It has been my dream to bring the inclusive Bus Stop Films’ film studies curriculum to the global disability community.”

Shakespeare in Tokyo is available to the public here. 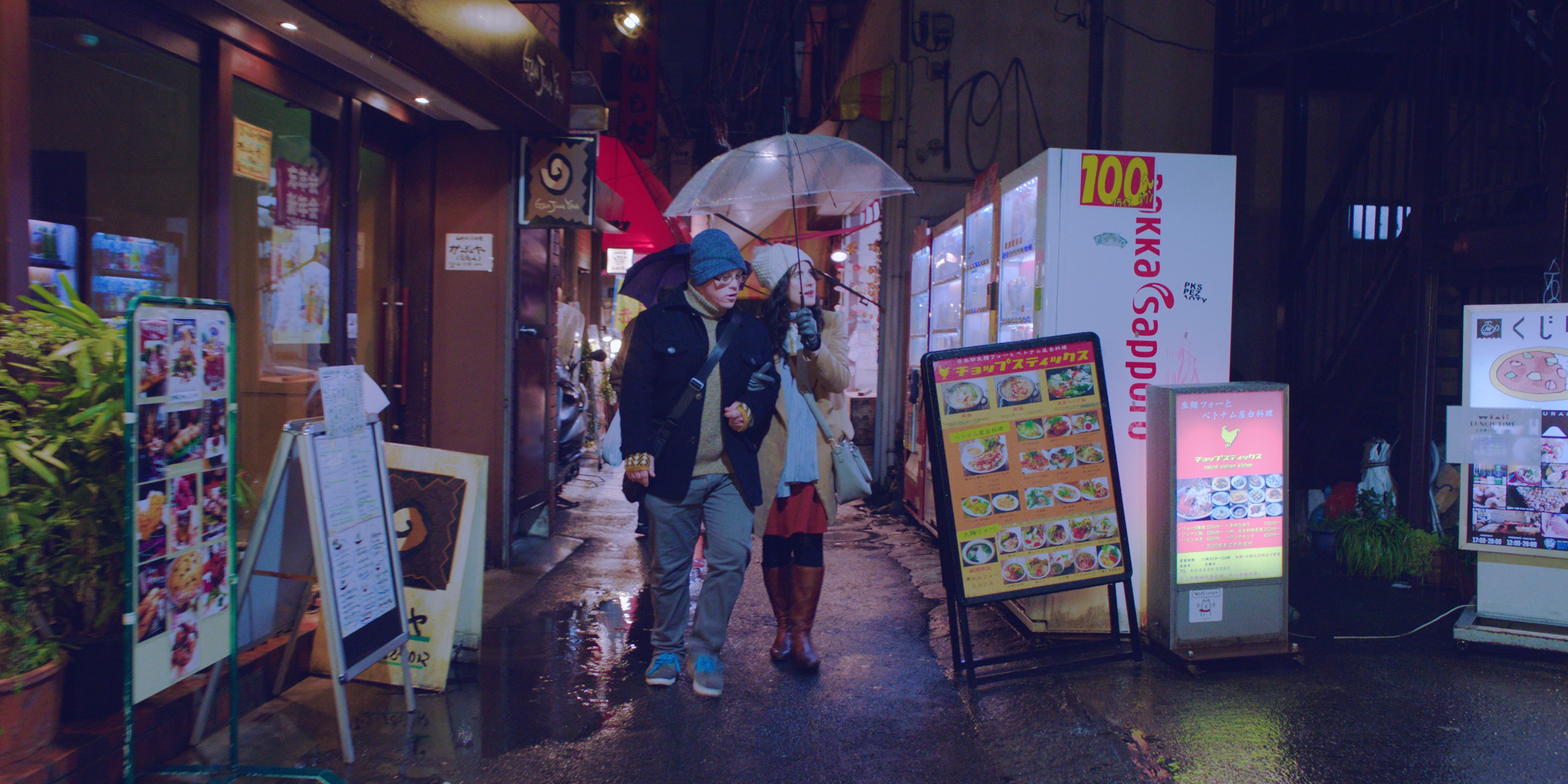 Question: Can you tell us about Shakespeare in Tokyo?

Genevieve Clay-Smith: Shakespeare in Tokyo was funded by the Tokyo Metropolitan Government for the promotion of the city’s tourism. I pitched for the project commercially, and the concept involved my long-time collaborator and friend, Gerard O’Dwyer, playing a character who explores Tokyo. Because of my work with Bus Stop Films and passion for inclusive filmmaking, we partnered with the Japan Down Syndrome Society to produce a filmmaking workshop for six local people with Down syndrome and we then brought them on set to gain hands on work experience. You can see the workshop here.

Question: What inspired the story of Shakespeare in Tokyo?

Genevieve Clay-Smith: My friendship with Gerard was a big inspiration, I imagined him in Tokyo exploring the city and I thought it would be a great way to tell a story about the depths of everyone’s human potential. We’ve been friends and working together for over ten years now, so it was a really fun story to imagine and then bring to life!

Question: How was the creative process of Shakespeare in Tokyo different to other films?

Genevieve Clay-Smith: Working in a co-production with a Japanese team was different to anything else I’ve made, it was a wonderful learning curve! We had incredible support around us and our Japanese producers were exceptional, so while it was different it was also a really wonderful and positive experience. 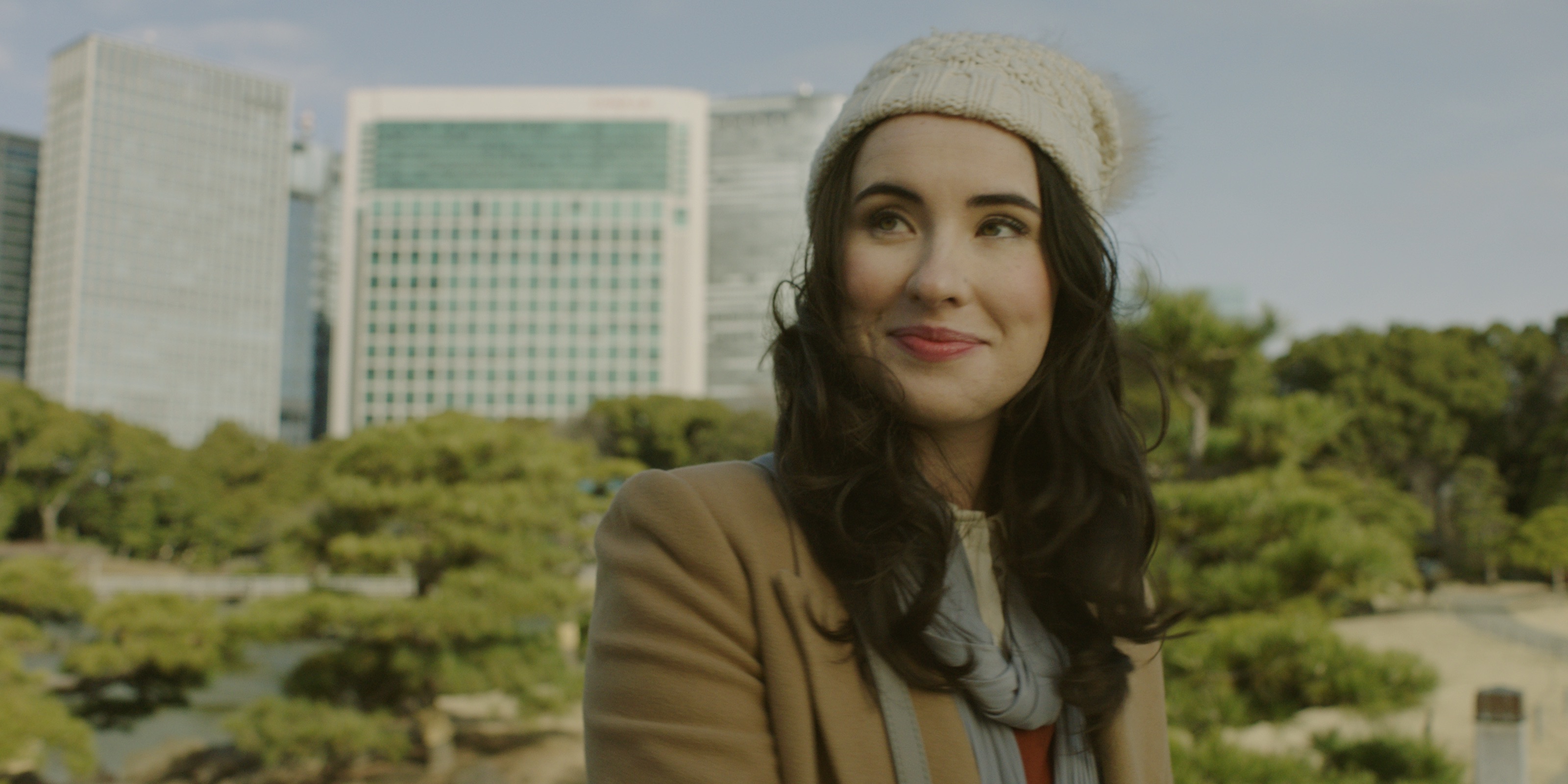 Question: Can you talk about the difficulties you experienced when filming Shakespeare in Tokyo?

Genevieve Clay-Smith: The biggest difficulty, which is experienced by every film crew, is time. Shooting the film in four days was an absolute challenge. The entire film crew worked so hard – we ended up working 16-hour days in some cases. The moral was kept high because everyone believed in the story.

There was one scene where we were shooting on a tram, and we only had 45 minutes to shoot in it (in filmmaking this is very, very tight). When the tram stopped we only had only 45 seconds to get off because it was a working tram and the public needed to use it! I have never seen a film crew move equipment and clear a set so quickly – it was insane! There was about 15 of us with some serious camera gear – my hat goes off to all our team. It was a miracle.

Question: What was the best part about filming Shakespeare in Tokyo?

Genevieve Clay-Smith: Everything about this project was incredible – it’s been a major career highlight for me on many levels. I’ve always wanted to do an international project in Japan. I have loved Japan since childhood when I learned the language in school. I also got to work with some of my best mates including not only Gerard, but also my husband Henry who shot the film, my best friend Sarah was our camera assistant and mentored our crew members with Down syndrome on set and her husband, Aj (also a long-time friend) was our stedicam operator.

Not only was it wonderful to work with mates, but I got to fulfil a dream of acting again. I started off my career as an actress and I let it go a little while focusing on directing, I’d always hoped I might get an opportunity to act again.

I never intended to be in the film, but we had a bit of a casting and budget hump, and it was suggested that I play the role of Caroline opposite Gerard. I was so nervous! I actually had to audition for myself to prove to myself that I could actually still act after all this time, and that I could do a south English accent. We sent the audition to our Japanese produce who approved me in the role and I got the opportunity! It was really special for Gerard and myself to act opposite each other. I’ll relish that memory for the rest of my life.

Question: What do you hope audiences take from Shakespeare in Tokyo?

Genevieve Clay-Smith: I hope audiences digest the message that we should never underestimate others based on pre-assumptions. You simply can’t judge a book by its cover. Everyone has something to offer the world.

Question: What’s next for you and Bus Stop Films?

Genevieve Clay-Smith: I am excited to be developing my first feature film with my long time producing partner Eleanor Winkler and veteran producer Robyn Kershaw, under Robyn’s production company. I would also like to develop Shakespeare in Tokyo into a feature. Lastly, in a few months I’ll be off to Mongolia to start a Bus Stop Films project there! Bus Stop Films is steadily growing -we have recently started a new program in Unanderra and we will also be starting a program at ICE in Parramatta in 2019.