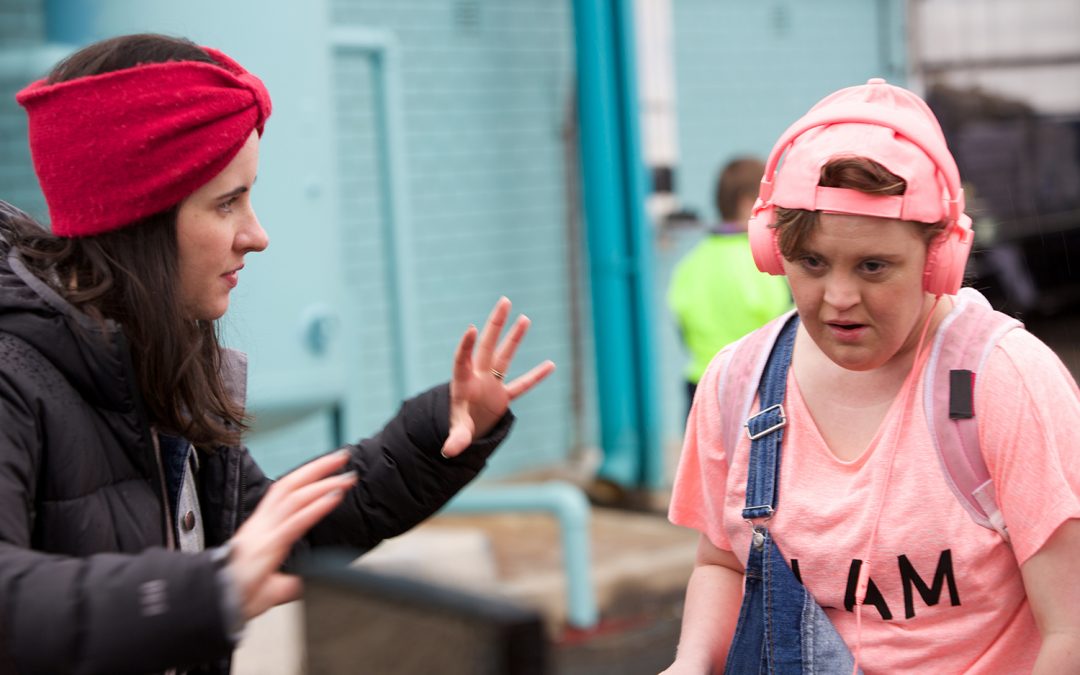 Bus Stop Films is getting ready to shoot its first feature, Baby Cat, and is conducting a nationwide casting call for an actress to play the lead, Sonja, a young woman living with trisomy 21 (Down syndrome).

Written and directed by Bus Stop co-founder Genevieve Clay-Smith, the comedy follows the vivacious Sonja and her journey to prove she can live independently, or else risk her grandmother selling the family house and moving her into a group home.

Additional story has been provided by Mandela Mathia, who will also star in the role of Hakim, Sonja’s mentor in the film. They form an unlikely friendship through their mutual love of dance.

Bus Stop Films is a not-for-profit that aims to raise the profile of people living with disability and other marginalised groups through inclusive filmmaking.

The organisation runs the Accessible Film Studies Program, and recently launched The Inclusive Filmmaking Toolkit and Inclusion in Action, a screen industry training program that focuses on pathways to employment in the screen industry for people living with disability.

Baby Cat was developed via a co-creation model. In 2015, filmmakers with disabilities collaborated on a proof-of-concept short for the story, helping to shape the characters and to learn about film. That process is documented in documentary Breaking the Biz, on SBS On Demand.

It is Bus Stop’s intention to make the film inclusively, with a crew of people with and without disability. Bus Stop Film CEO Tracey Corbin-Matchett told IF practitioners with disability will be sourced through Bus Stop’s Accessible Film Studies Program and its broad network, thought it may do an open call out as well.

“People can always feel free to send us their CV for us to have on file; we always welcome collaborating with new practitioners, especially those from marginalised groups.”

Corbin-Matchett said she was proud to see the organisation mature in its production capacity.

“This project will be a case study for inclusive filmmaking on a feature film scale, and showcase to the film industry that full inclusion is possible and enriches the production’s authenticity and on set culture.”

Clay-Smith said: “Over the last seven years, Baby Cat has emerged from Bus Stop’s co-creation model, and we’re excited to be taking next steps with casting to bring our story’s hero to life. To be working with Nathan and Mandela together shows what filmmaking can offer when intersectional inclusion and creative partnerships come together on both sides of the camera. I can’t wait to meet our leading lady.”

The film has been financed via private investment, and the plan is to shoot in NSW in 2022. A co-production partner on the project will be announced next month. Script development was supported by Screen Australia, AFTRS and Sydney University.